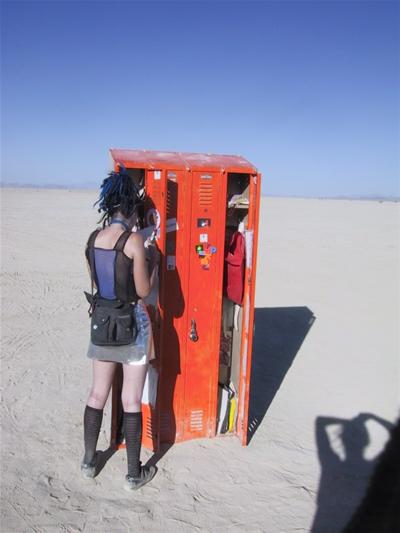 Orange Lockers was a Burning Man art installation. I collected materials like old notebooks, sweatshirts, letter jackets and text books from friends and family that they had saved from their time in high school, junior high and elementary school.

I installed orange lights in the lockers inside and out so the entire thing would be lit in orange. There was an automated circuit that would switch the lights on at night.

There were four lockers – one for ‘boy’ high school, ‘girl’ high school, a padlocked locker, and a locker with junior high / elementary school materials inside it. I welcomed interaction with this piece and found it hilarious how as the week went on the lockers collected graffiti, stickers and some of the materials were swapped out and replaced with other materials. For example, a letter jacket and huge high school French textbook appeared mid-week, and a friend who had given materials for the lockers said they saw a stranger wearing their high school one-act play sweatshirt at a dance party later on Saturday night.

At the end of the event I burned all the materials in the locker, allowing everyone who submitted materials to be free of their past. 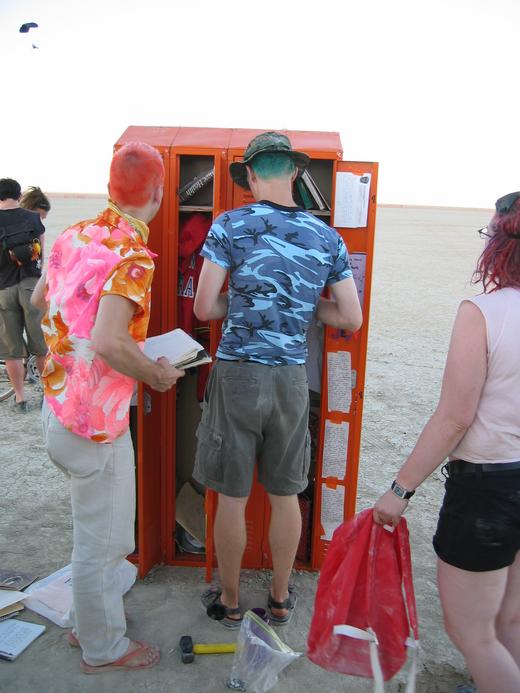 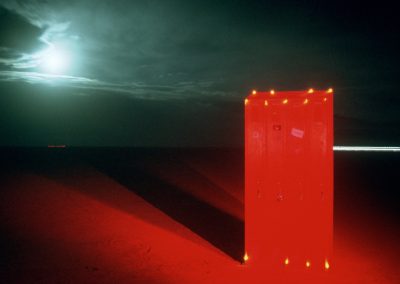 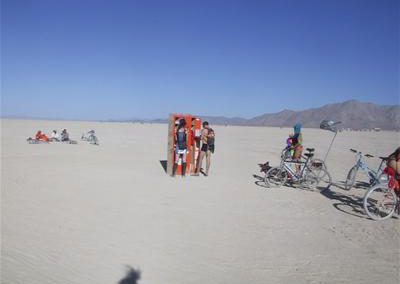 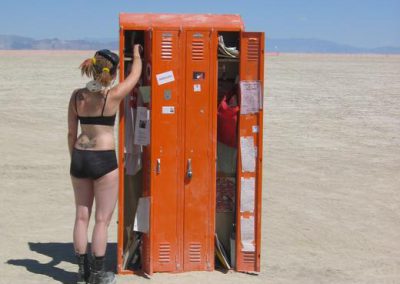 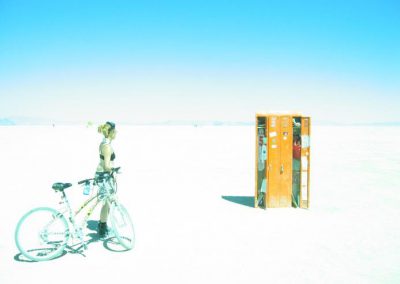 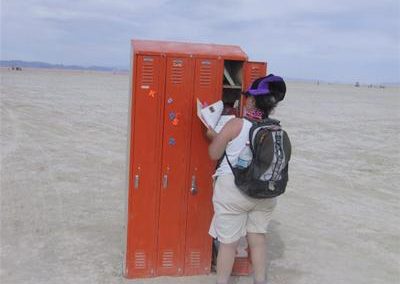 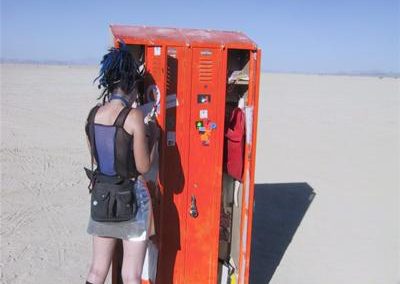 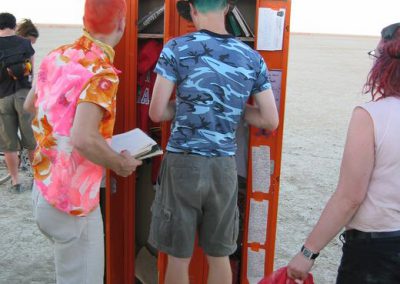 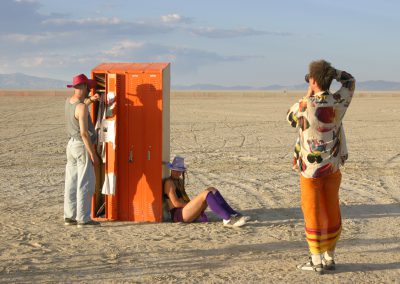